The original ATLANTIC HOTEL built in 1875 was the founding establishment of the Grand Boardwalk Hotels that started Ocean City's hospitality industry. The Atlantic Hotel was called "a marvel in architectural beauty & excellence" and was said to be the equal of any of the east coast's finest hotels. According to some, the Atlantic was built so far above the beach that a team of horses could be driven underneath its porches.

Opening July 4, 1875, the Atlantic Hotel was originally owned by the Atlantic Hotel Company until it was purchased 15 years later by the Sinepuxent Beach Company and finally purchased by Dr. Charles W. Purnell in 1923 and is still family owned and operated today by the Purnell family. Accommodating 400 guests the four-story wooden frame building stretched from Baltimore Avenue to the Boardwalk. The tourists and vacationers of Ocean City's early Boardwalk hotels were described as "the financially elite" or "people of refinement." Many fond memories are of the ballroom at the Atlantic where one had to pay 10 cents to dance under the crystal ball.

The Boardwalk began as a walkway placed in sections in the sand by the individual hotel owners and stored on the porches at night or when the tide was high. The first permanent boardwalk was built high enough for the tides to wash under it. During the day bathers sat under the Boardwalk to get out of the sun & picnics were also enjoyed. Resting strollers would simply sit with their legs dangling over the side of the Boardwalk watching the bathers. The Pier with its many attractions such as a Silent Movie Theater, Dance Theater, Bowling Alleys, & a Roller Skating Rink would entertain the vacationers. Marksmen from near and far would come to Ocean City's week long Trapshooting competition on the Pier. The clay pigeons would be released and shot over the ocean.

In December of 1925, the great Ocean City fire destroyed three blocks of old downtown and the Pier. Starting around 7:30 am at the ESG & Electric company which were located on Somerset Street & Baltimore Ave the fire was driven by the northwest wind. Everything went wrong, the freezing temperatures, the fire engines broke down, the fireman had to cut holes in the ice and pump water from the bay. The smoke could be seen 10 miles away. By the end of the day losses included The Atlantic and The Seaside Hotels, two blocks of the Boardwalk, Dolle's Candyland, the Casino Theater, & the C. W. Purnell Cottage.

After the fire the Atlantic was rebuilt in 1926, and is still in operation today combining historic architecture with modern conveniences. Situated in downtown Ocean City, with the widest public beach in town the Atlantic Hotel retains its heritage offering conveniences found in the best hotels including heated swimming pool, large parking lot, elevator service and personal telephone service. All rooms come with private bath, air-conditioning and cable TV with HBO. Having one of the best locations in Ocean City, the Atlantic Hotel offers a roof top deck overlooking the Boardwalk. Spectacular views of the Ocean can be enjoyed. Just steps away from famous Boardwalk shopping, restaurants and night-life. 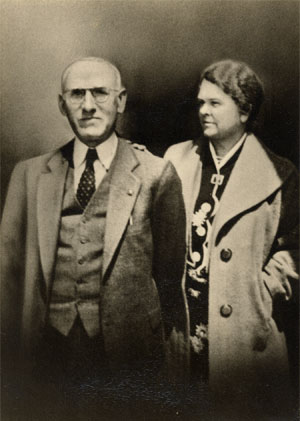